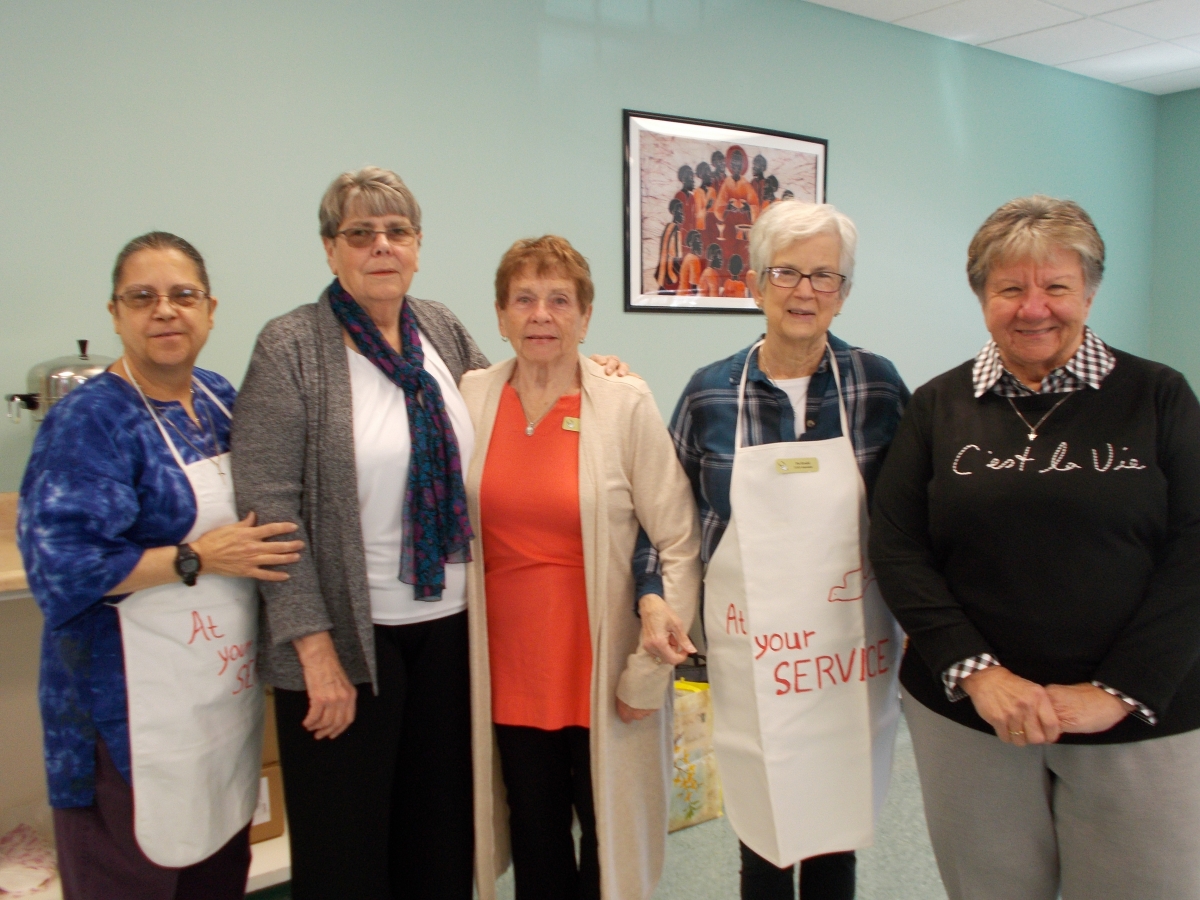 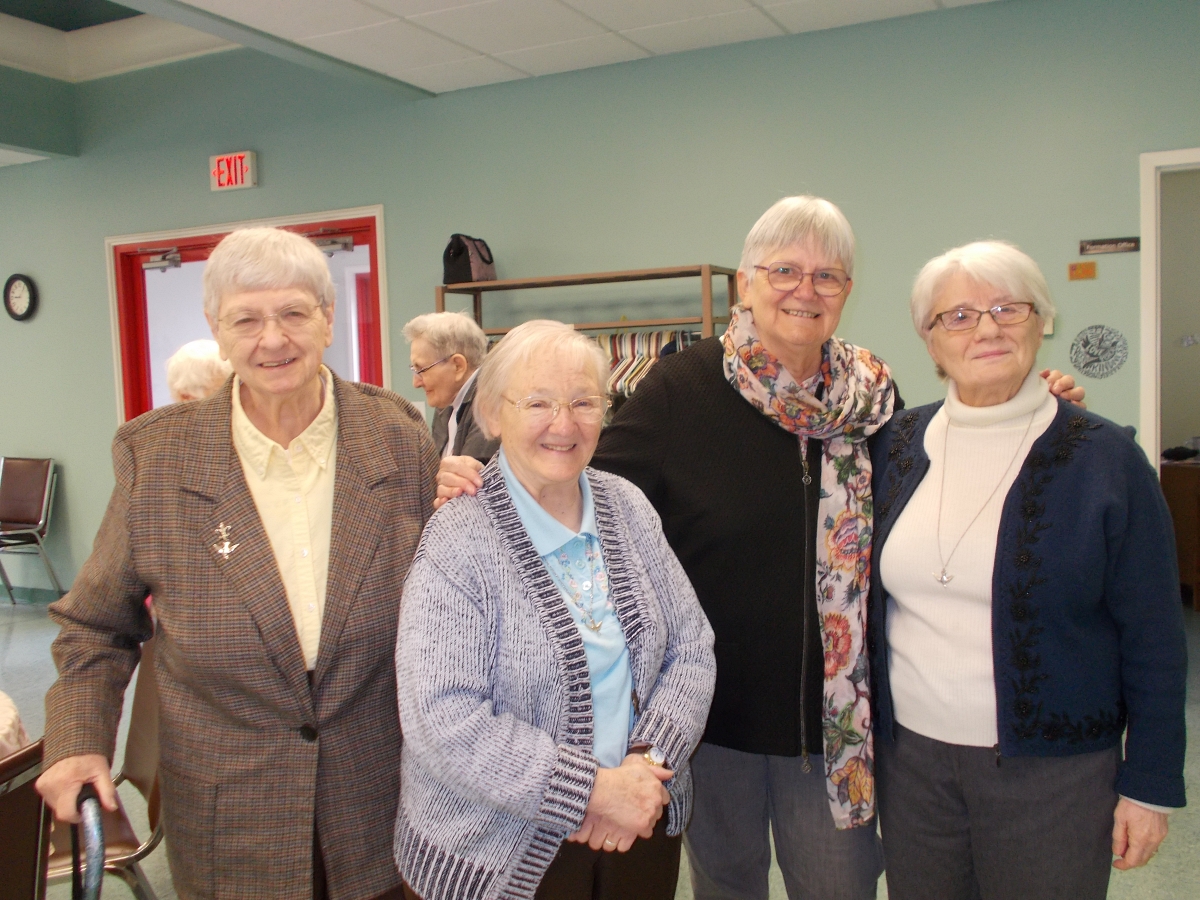 On late Friday afternoon April 1st Sisters Gertrude and Janet braved the Boston traffic to pick up two members of the General Council from France.

After unexpected snow related delays in Paris, Sisters Ann Almodovar and Anne Marie Le Pabic safely stepped onto American soil and were expeditiously whisked off to the Putnam area.

A good night’s rest found our guests fit and ready for the first step in their American tour and visit of DHS communities.

Saturday afternoon found them gathered at the DHS Administrative Office Center for a tea with the Associates.  Fine china and all brought sun and abundant conversation, smiles and hugs as old friends became reacquainted and new ones were made.

On Sunday our French guests gathered once again at the Center for a welcoming liturgy and light meal with the Sisters of the Province.  Needless to say there were many oo’s and ah’s as the world became smaller, languages became a mini challenge and hearts greeted one another with an extra beat or two.

The guests will be visiting throughout the Province in the northeast while Sister Jeannine Légère, general councilor as well, is visiting communities on the west coast and will be coming east in the near future to join her team.

The three Sisters will end their official visits and head back to France on the 21st of April.

The photos offer a glimpse into the above mentioned activities. Enjoy the moment! 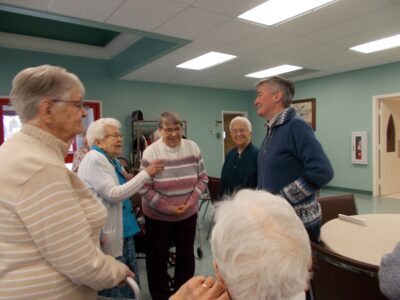 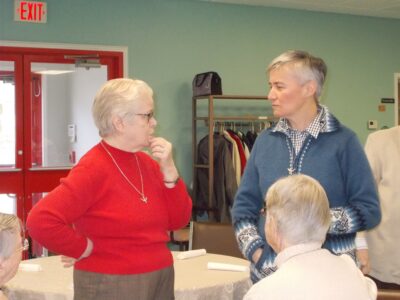 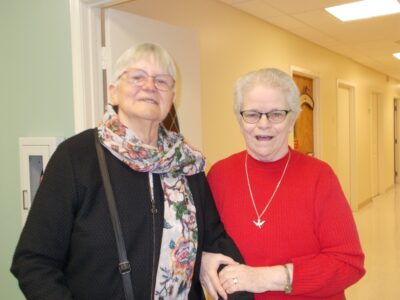 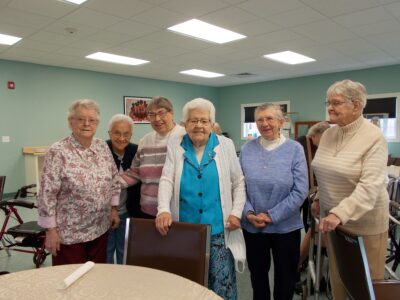