Missioned to minister in Great Britain

Sister Marie Pauline Guillemette, DHS, is no stranger to the scene of international missions. She served as a “home” missionary in Alabama and dedicated 15 years of her life to ministering in Burkina Faso, Africa. Now she has been asked to move to England to be a founding member of a new international formation community. She will join two sisters from Africa as they prepare to welcome aspiring women religious from various parts of the world and accompany them through the stages of initial formation as apostolic religious.

To celebrate the occasion and to officially “mission” Marie Pauline, a mass that incorporated a sending forth ritual was held at the DHS Administrative Center in Putnam on Sunday, November 6th.

Members of the 3 Branches, Religious, Consecrated Seculars and Associates, gathered for a 10:45 start. Rev. Edward Dempsey was the celebrant and readings were offered by representatives from each Branch. The ceremony concluded with the participants lining up to form a bridge that Marie Pauline symbolically crossed to reach her new mission. All present promised our missionary their support and bestowed blessings upon her as she crosses the “pond” to once again respond to the needs of the Congregation.

A delightful pot luck dinner was shared along with many memories and plans for dealing with the unknown and the new.

You may communicate with Sr. Marie Pauline at mariepaulineg44@gmail.com. 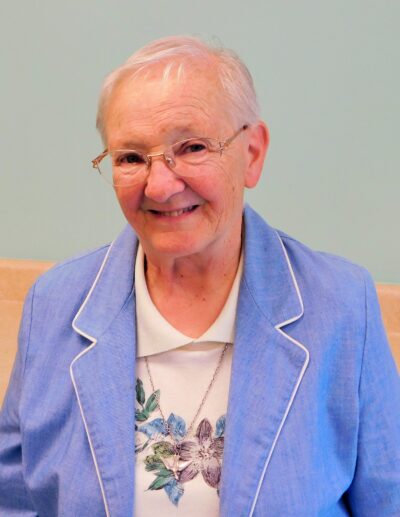 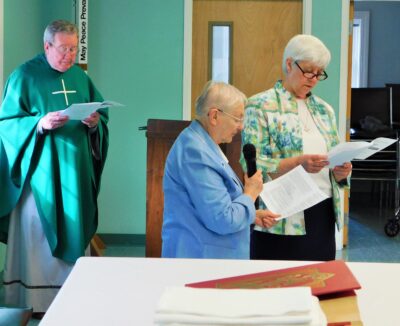 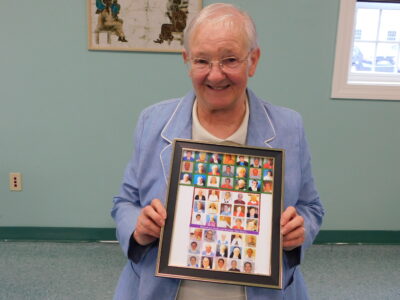