Sights and Sounds of Christmas for a Cause

As if they had rehearsed together, the audience and the Tim Janis ensemble suddenly broke out in perfect harmony to the Christmas favorite “Silent Night”.  The voices blended beautifully with the delicate sounds of violin and keyboard. Thus began second part of the Tim Janis concert in the Provincial House gymnatorium on a wet and gray mid Advent Sunday afternoon.

Tim, an internationally known performer, songwriter and movie producer, had generously offered to perform for the Daughters of the Holy Spirit. Sr. Gertrude, who has known Mr. Janis for several years, graciously accepted the offer and, after consultation with her Team, it was decided the performance would be open to the public at no charge. A good will offering would be accepted to assist the folks impacted recently by the destructive fires in northern California.

The program included classical and Christmas themed selections especially chosen to set a calming and peaceful tone. Background visuals illustrated the music and invited wholehearted participation from the audience. Tim interjected some personal notes that clearly showed how music and nature dovetail in his life, allowing each individual present to identify personally with the delightful melodies that filled the room.

At the end of the concert Mr. Janis and his colleague Adam were available for a meet and greet and photo-session. Refreshments were served as folks milled about the hall, stood in long lines and got to know one another up close and personally. At the end of the day, it was obvious that the event had been successful at many levels including for the victims of the northern California fires who will profit from our attendees’ generous contribution of some $1500.00, which included a matching donation of $375.00 from the Catholic Financial Life Insurance Company of New Britain, CT.

The Spirit of Christmas indeed was reflected in the sounds and sights and kindness of Christmas that filled our hearts and our entire beings and set one and all in the absolutely positive and hopeful mindset of the holy-day. 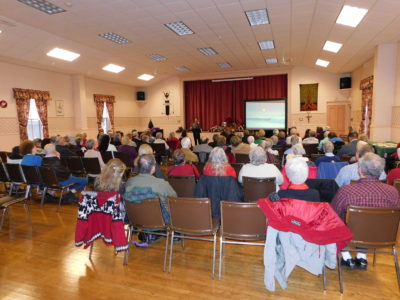 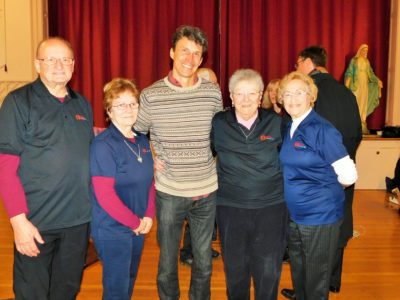 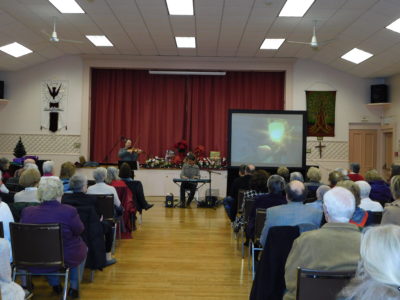 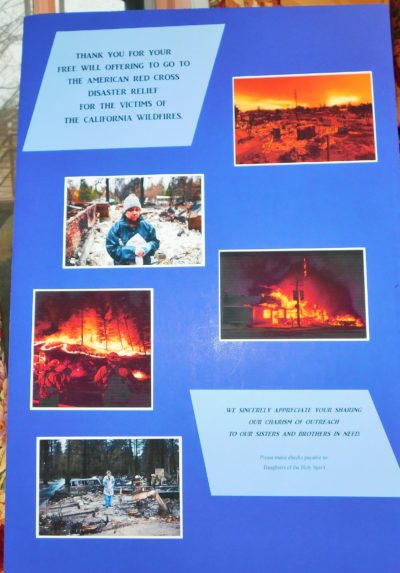