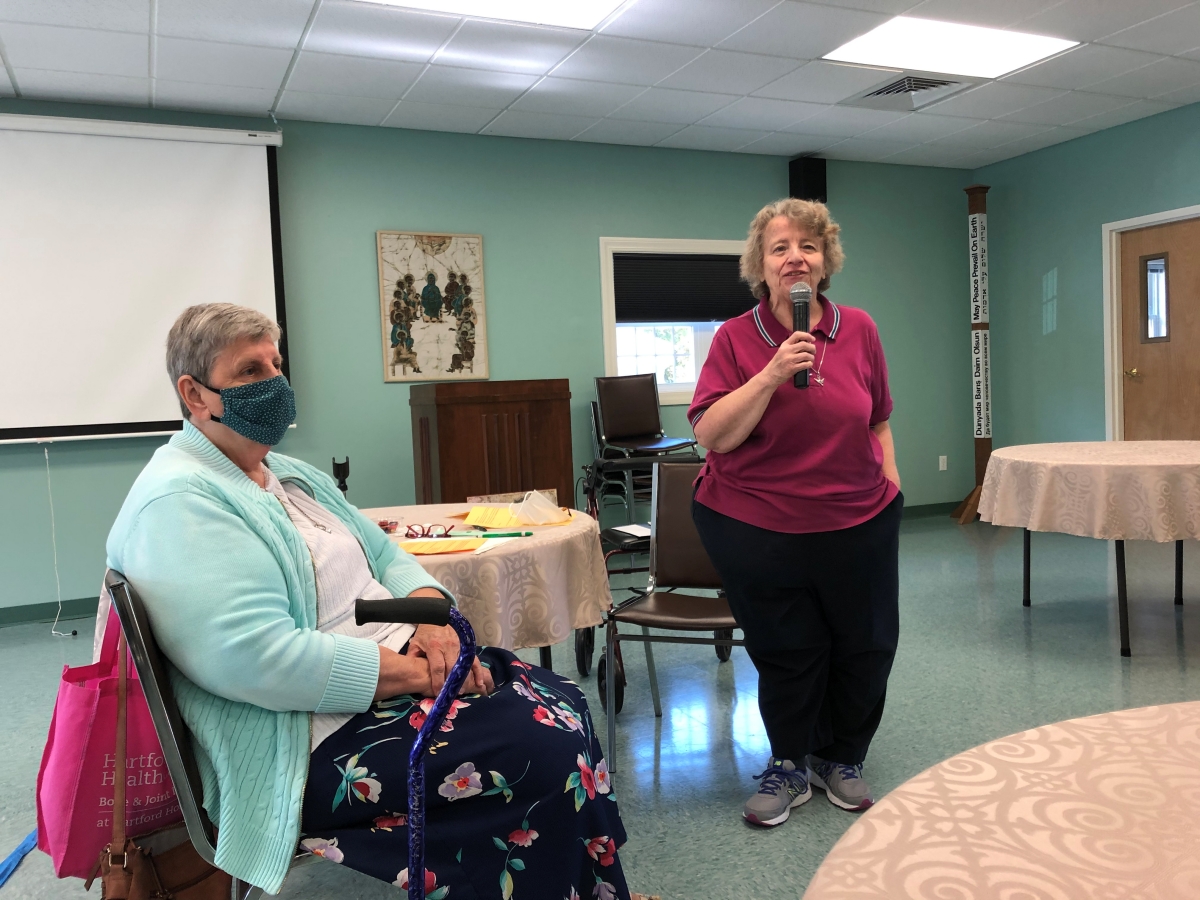 On Saturday October 10th, 19 Daughters of the Holy Spirit were able to come together for a meeting of the SAGE group. This year’s gathering focused on two topics that are most forcefully part of our present US experience: the Covid-19 pandemic and racism.

In the morning, Sr. Linda focused the prayer around Julian of Norwich, a 13th century mystic who lived in England during the plague, the 100  Years War, 3 rivals claiming to be pope and a peasant revolt. Despite that, Julian’s insight into God was that all shall be well.

“And in this [the Lord] showed me something small, no bigger than a hazelnut, lying in the palm of my hand, as it seemed to me, and it was as round as a ball… In this little thing I saw three properties.  The first is that God made it, the second is that God loves it, the third is that God preserves it.  But what did I see in it? God is the Creator and the protector and the lover.” This context led us into a sharing on how the pandemic has affected us, personally and communally.

In the afternoon, Sr. Bonnie turned our attention towards the racism that is embedded in our culture and in the reality of white privilege. Together we viewed the 15 minute clip of a much longer award winning PBS documentary entitled “The Long Shadow”. The film sets out to explore the continuing racial divisions in the US, and our reality that the politics of slavery didn’t end with the Civil War but continue through their insidious ties to racism today. We were invited to reflect on and share some of our responses to the film and other hand-outs.

Saturday’s discussion only began to scratch some surfaces and touched some feelings but we all received new insights and new learnings and hopefully a challenge and resolve to do more.

Your reactions/comments/reflections may be shared by e mailing Sr. Janet Lewis:  dhsprovsec@gmail.com 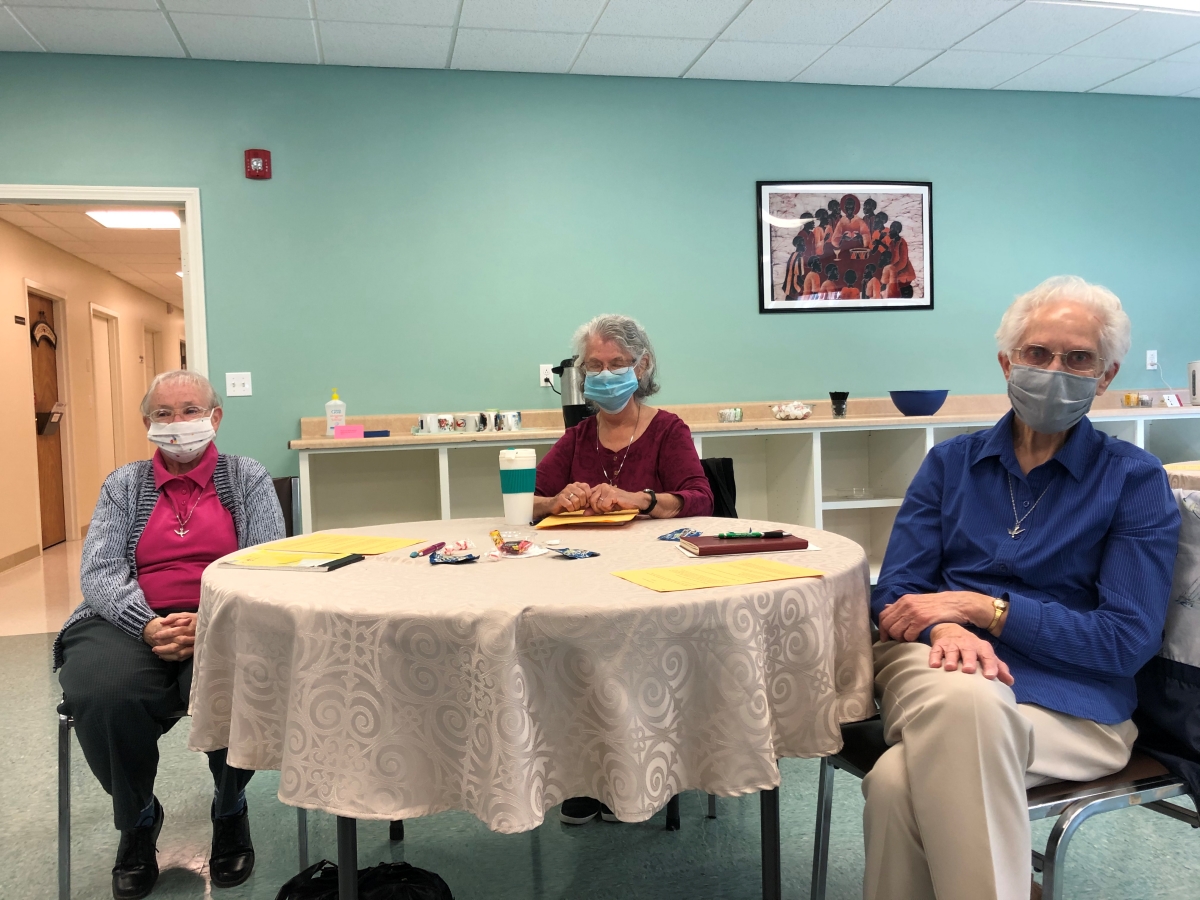 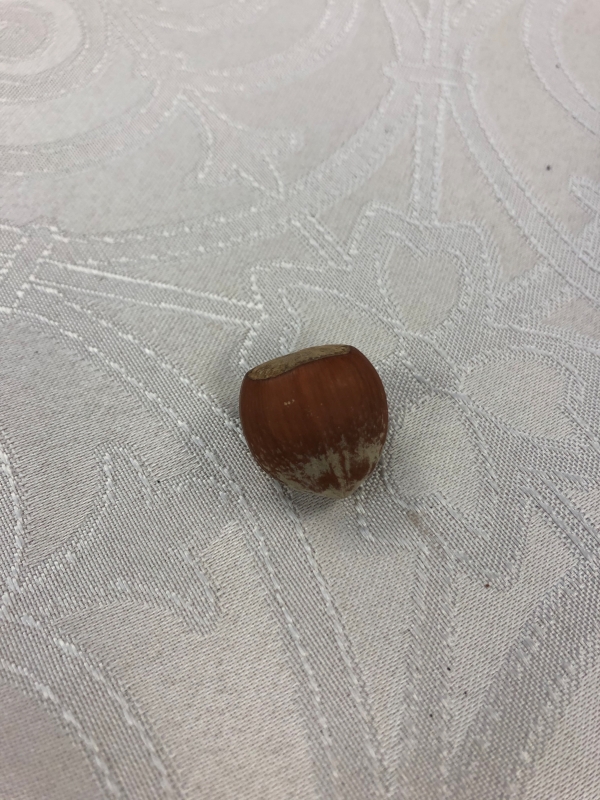